It is no secret that the essence of this beautiful country lies in its beaches and volcanoes. Yes actual volcanoes, some of which are still active! My husband and I could only afford to take a weekend off work. We debated the idea of going to a whole new country and not being able to see it corner to corner. I’ll admit I was worried about it being a waste! BUT of course I was wrong. My weekend in Costa Rica was nothing short of a dream. It was like somebody took the goodness of both, beaches and mountains and made Costa Rica.

Since we only had two days we knew we wanted to spend one day on the beach and one day hiking around the volcanoes.

Quick research showed us way too many options but again it was easy for us to choose because we knew what we wanted. A quiet, clean non touristy beach to laze around and a volcano safe for hiking.

For the beach day we chose Manuel Antonio for the following reasons:

Note: We met a Brazilian couple who said they were staying in Manuel Antonio because they were told there is not much to do in San José and the driving distance to nicer places was too much. However once in Manuel Antonio everywhere else is way too far. In retrospect we thought we did the right thing by choosing the city because we were able to get to most places by driving out.

Getting into Costa Rica

We arrived in San José, the capital of Costa Rica which is where their airport is at. Everything that needs to be visited in this country is at least 2-3 hours away from the capital, be it the beaches, forests, hiking trails or volcanoes. However we got a good deal on our hotel so decided to stay in San José for the two nights we were there. Needless to say our days were long and exhausting. We left the hotel as early as 4:30 am and didn’t get back until 10 pm.

Tips for transport : The public transport works just fine and there are buses that run every 30-40 mins connecting San José to near by towns like Jaco, Quepos, Manuel Antonio but being able to drive is just faster. And since we had limited time we had to make the most of it.

Apparently Costa Rica is the land of more than 60 volcanoes, but there are 5 main options to pick from Click here

We chose Arenal Volcano. It is one of the more popular ones. This cone shaped eruption is unique because it is surrounded with thick, green forests and coffee plantations making hiking and touring here a complete pleasure! I have to admit I thought I was going to hike up this giant. Of course I was wrong and you can’t! Scientists say it can still erupt given a few more years or some such. I had imagined the hike up to the base very strenuous but it’s not. It’s walk that I saw old people manage perfectly well. 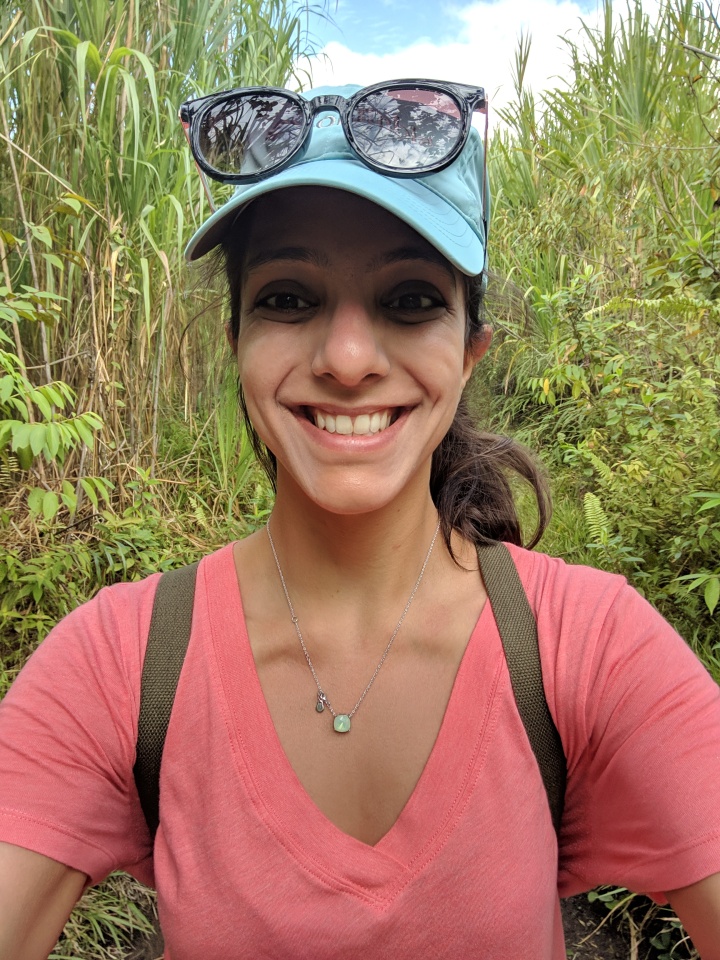 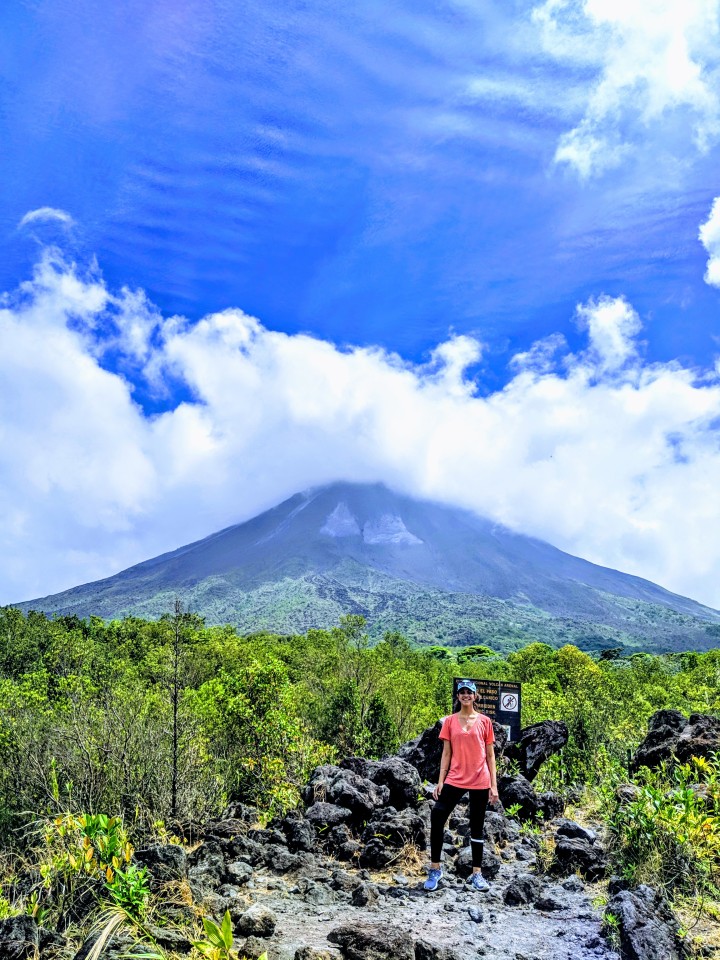 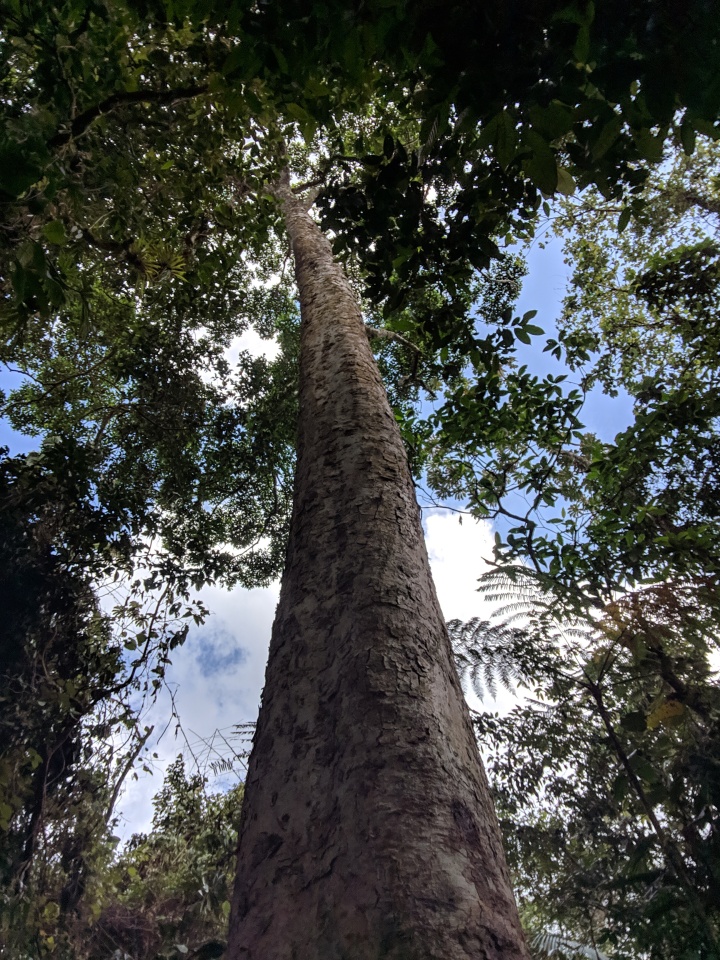 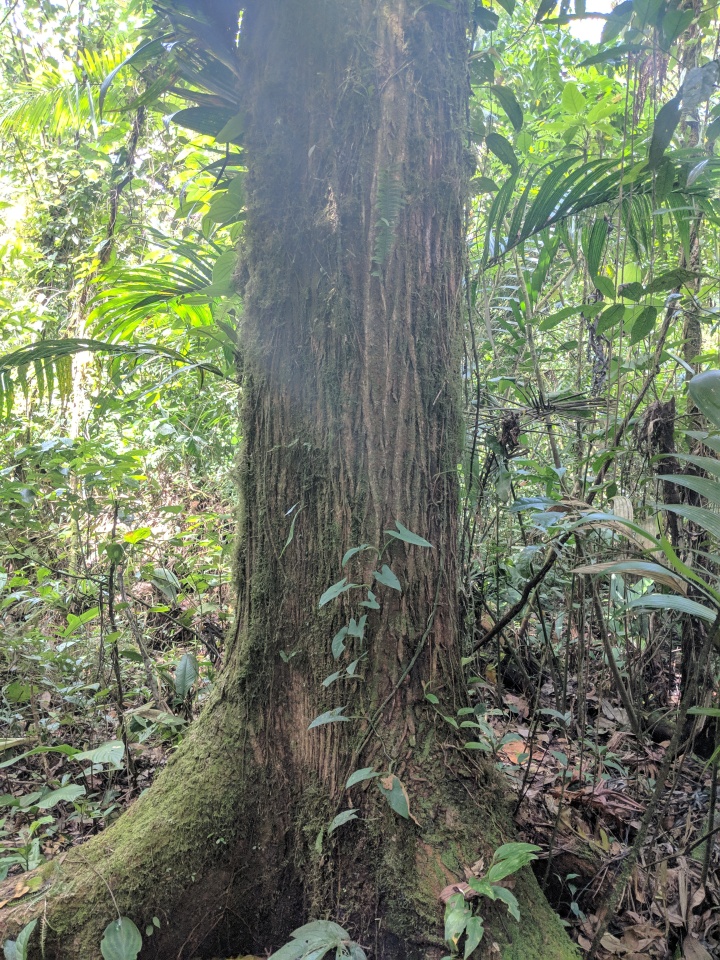 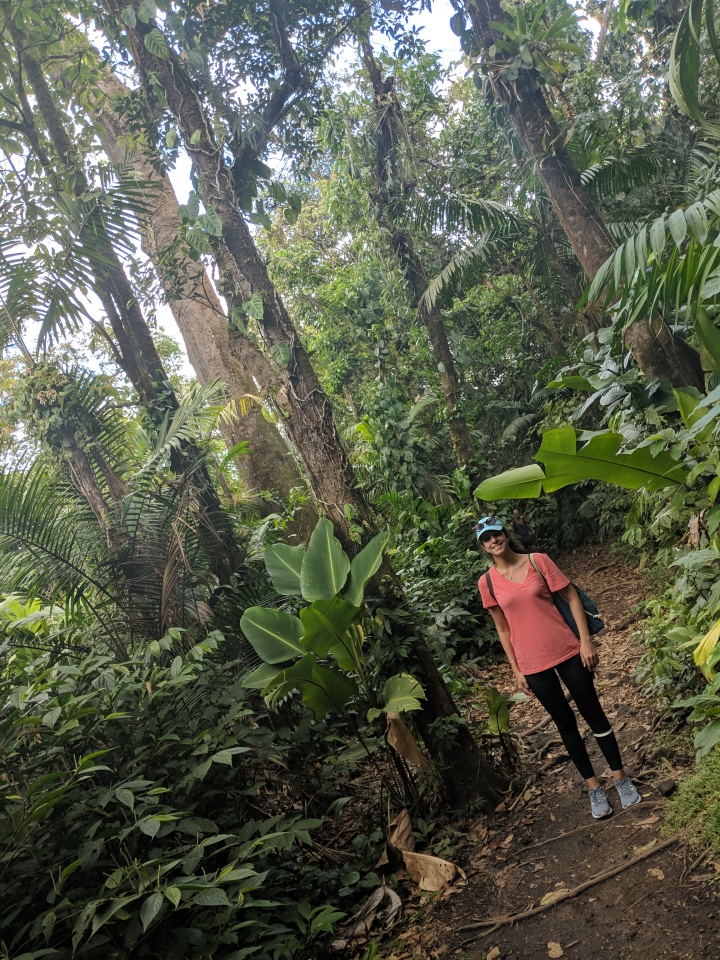 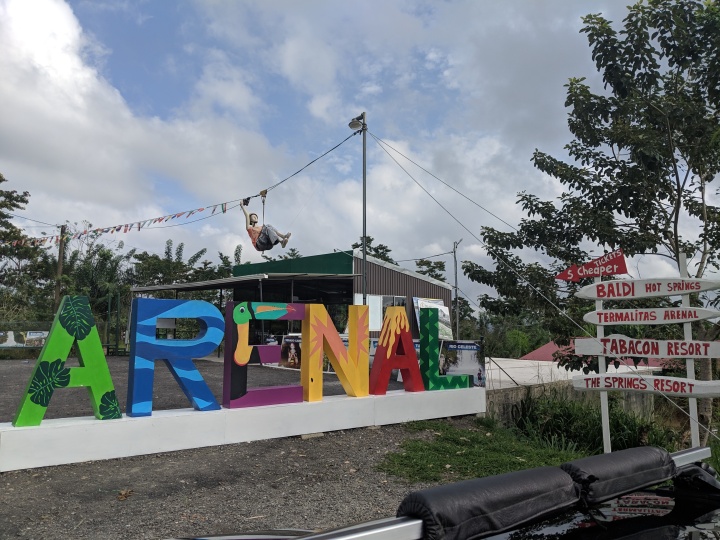 Beans! It’s a staple in this country. They have black bean soup, bean and rice, bean dip, and tons of other bean recipes. A really interesting traditional breakfast dish is Tamale. It’s made of corn based dough wrapped in banana leaf and steamed. The filling can pretty much have everything from fruit to meat to vegetables. It’s mildly spiced. 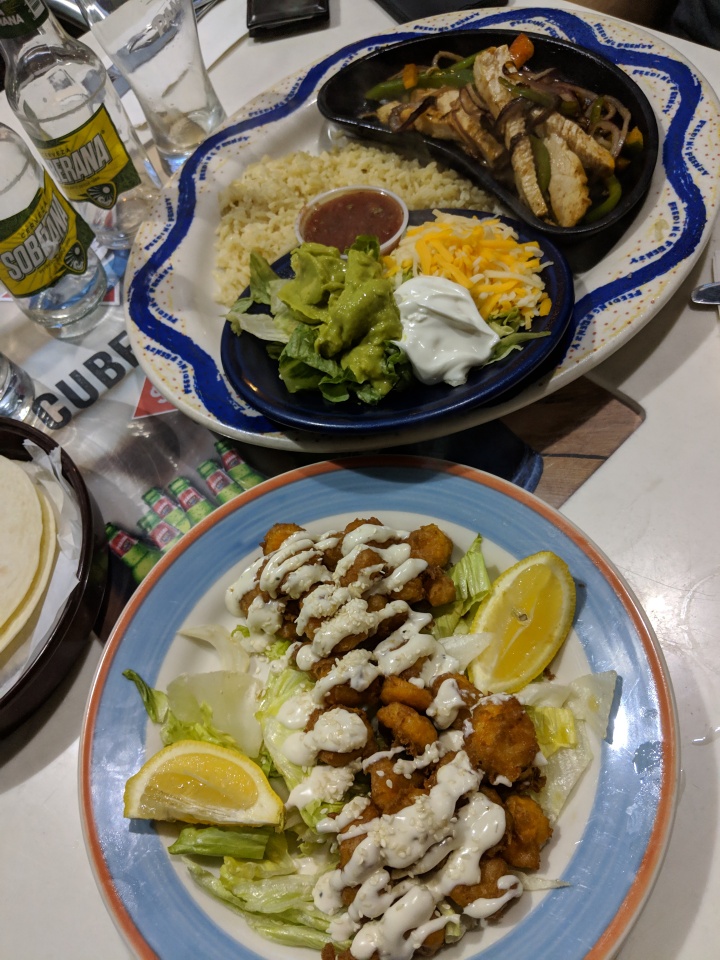 Sky Adventures – Icing on the cake!

After we finished our tiny hike we had time and did not want to head back to San Jose yet. Thanks to our little chat with the Brazilian couple we found out that the largest zip line in the region was in Costa Rica. We thought we might as well check it out. We jumped off waterfalls, walked on ropes above the mighty costa rican jungle, rappelled and did a ton of outdoor activities. More information available here 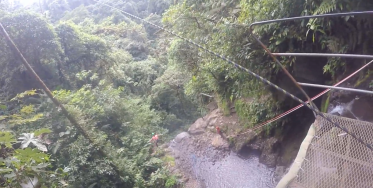 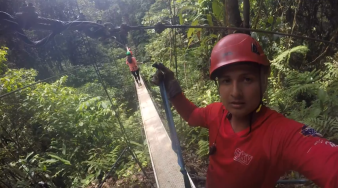 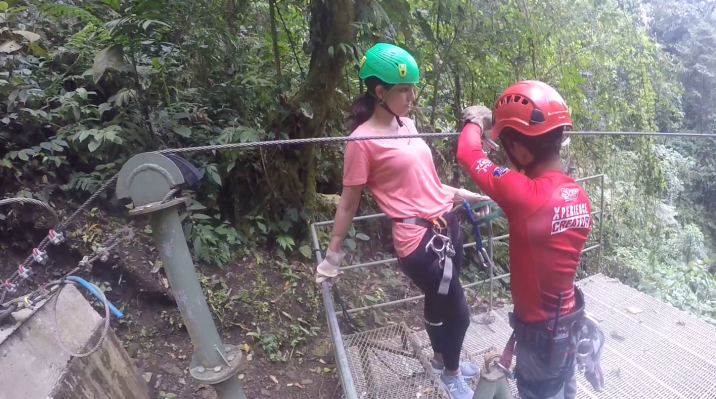 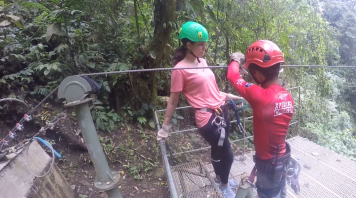 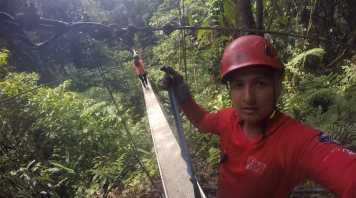 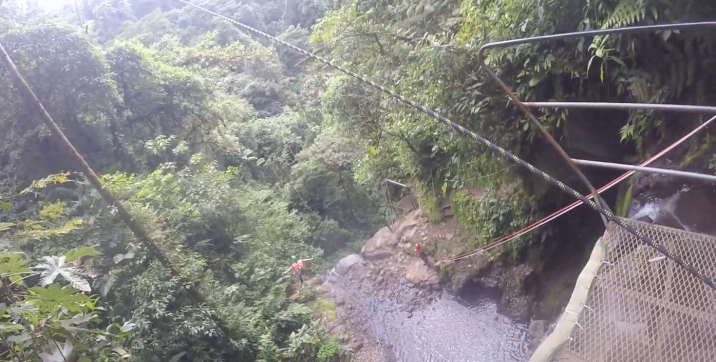 My recommendation would be to divide your time between beaches and other things because it’s easy to forget Costa Rica has a variety of other activities too. There are some gorgeous hot springs you can swim in which we weren’t able to get to and beautiful waterfalls which I would love to visit next time.